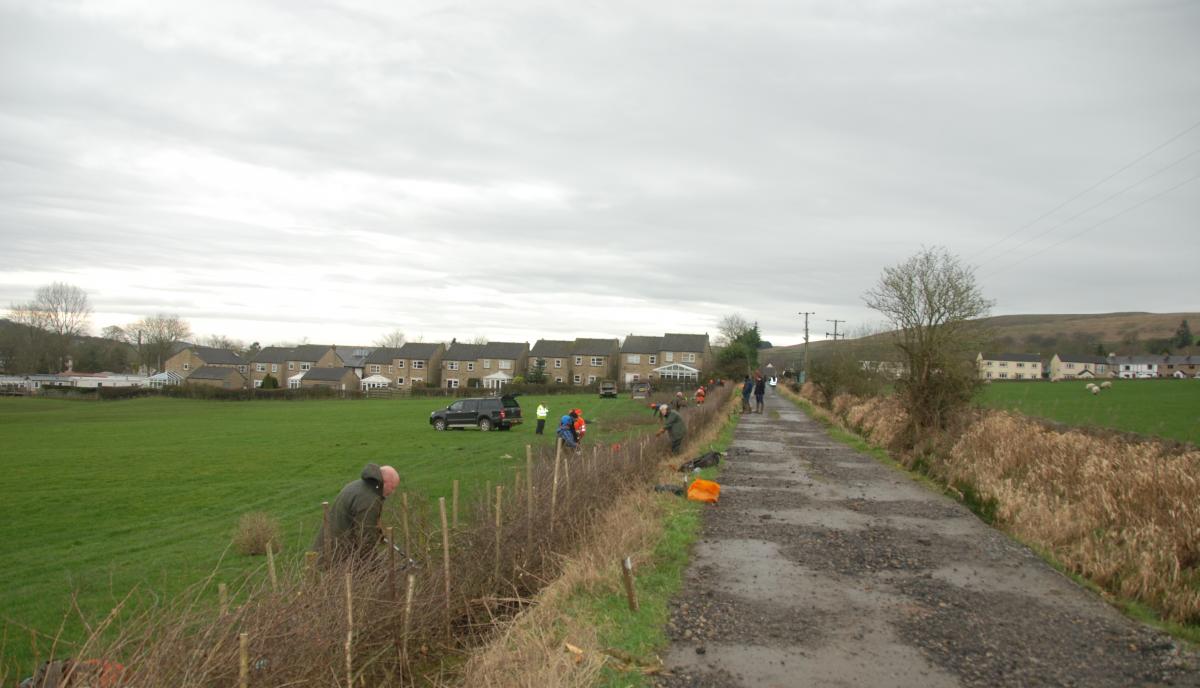 The Lancashire and Westmorland Grand Prix Hedgelaying Competition was a success on Saturday 2nd March at Cockshotts Farm in Sabden, with over 80 visitors on the day.

isitors to coming to see the event.

The Grand Prix is run as a series of seven competitions throughout the season from October to March, in different places across Lancashire and Cumbria with the one in Bowland being the last of the season.

There were 5 classes on the day – 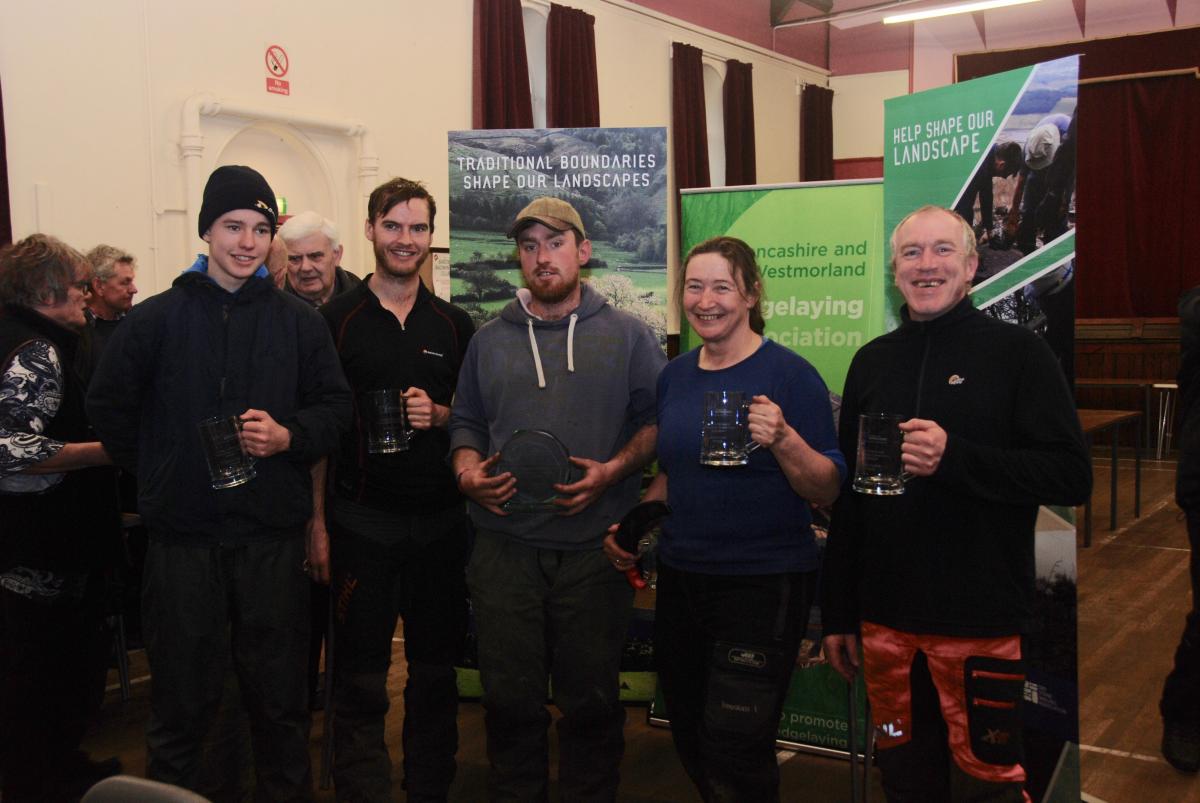 There were 21 competitors spread throughout the 5 classes with each competitor laying between 6 – 8 yards, over a 5hr time period.

The hedge is judged on neatness, quality of cuts, use of stakes and how vertical they are, straightness of the line, distribution of the material in the hedge and overall appearance in keeping with the Lancashire and Westmorland style.

The hedge was judged on the day with 1st-3rd placings for each class and an overall winner for the day. The hedge will then be judged again in 6 months' time where the judges will look at how well it has re-grown.

The winners were presented with their awards at 3pm from County Cllr Albert Atkinson, Chairman of the Forest of Bowland JAC.

On the day, not only were the competitors in action, local visitors also had the opportunity to have a go at hedgelaying or dry stone walling with our trainers who explained how to do it, and answered questions about the traditional crafts.

In St Nicholas Village Hall there were 12 stalls promoting local businesses along with information stalls from The Pendle Hill Landscape Partnership, Dry Stone Walling Association and the National Hedgelaying Society. There was also fantastic refreshments being served all day, with homemade soup, sandwiches and cake. Val Darwent a member of the team said "The day was a huge success and raised a substantial amount towards much needed refurbishment of the village hall"

The weather held out for a guided walk which set off at 10.30am for a 3 mile route around the Sabden Valley. Attended by individuals and some family groups, the walk demonstrated how hedgerows and dry stone walls shape the landscape. For family groups, there was also the opportunity to walk the 1 mile family friendly nature trail and learn different facts about species associated with dry stone walls and hedgerows.

We would like to thank everyone who came along to the event, all the competitors and all the local business owners. A special thanks also to the Village Hall caterers and committee, who provided excellent refreshments and service throughout the day. The event demonstrated the great partnership work with the Lancashire and Westmorland Hedge Laying Society, Dry Stone Walling Association and the Pendle Hill Landscape Partnership, which will continue throughout the Traditional Boundaries Project. The biggest thanks go to Dave Padley, who helped organise the hedge laying competition and to the Gill family at Cockshotts Farm for allowing their hedge to be used by competitors.